What's the difference between Margin, Markup %, and Markup Multiplier ? 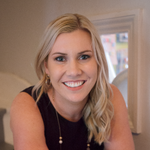 Updated 3 months ago by Haylee Benton

But sometimes the biggest offenders are not shopVOX specific ones.

The best way to learn the differences here are with scenarios - so let's use a simple one.

I sell a screen printed t-shirt for $7 to my customer. That shirt costs me $2 to buy and print.

Gross margin % is typically used to calculate how profitable a particular project is (before any taxes).

Here is our formula.

That's a really solid number. The target range here would be 40% and above.

The thing is you won't see a lot of references to Gross Margin inside shopVOX.

When pricing your products - it's more popular to use one of the next two concepts.

Markup is the amount you add to the cost to determine your selling price.

Where will I see Markup % in shopVOX?

Markup multiplier is a simple multiplier used to determine your selling price.

In the example above, our Markup Multiplier would be 3.5.

Where will I see Markup Multiplier in shopVOX?

You'll see an X to the right that denotes a multiplier, instead of a percentage.

If you're like me - math can be your worst enemy after a long day.

So as a resource I've created this handy dandy chart to use when setting up your pricing within shopVOX.

Print yourself a copy asap.

How helpful was this doc?

Didn't find what you were looking for?